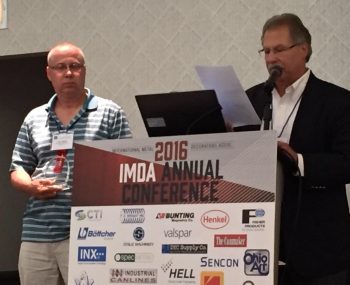 We are pleased to announce Ohio Art’s three newest awards for quality and innovation from the Metal Decorators Association.

For the Metal Lithography industry, the IMDA, (International Metal Decorator’s Association) is the highlight of the year for recognition of excellence in this field. Ohio Art had several company representatives at the conference and to our great surprise, we cleaned house receiving three prestigious awards including Metal Decorator of the Year, Best in Category, and an Award of Excellence. View our past awards by visiting our Quality page.

This is a momentous occasion for any company and highlights our continued commitment to quality.

Metal Decorator of the Year 2016

Terry is our go-to guy for quality and training in the Lithography operation with over 33 years with Ohio Art.

Hired in the warehouse in 1983, Terry has grown into our lead trainer and lead pressman on the 4 color press. Terry is a perfect example of Ohio Art promoting from within, with additional training and if you want to take the time to learn. He is a true leader among his pears and has been a contributing factor behind many of our quality awards

INTERNATIONAL METAL DECORATORS ASSOCIATION HISTORY
The Metal Decorators held their first meeting as the Metal Decorating Association in Brooklyn, New York on August 14, 1933. The initial meeting was attended by a few decorators who were in the Northeastern section of the United States. Within a year’s time, the enthusiasm grew so much that decorators from across the United States were eager to join thus creating a national scope which lead to the formation of the National Metal Decorators Association in 1934. The Association held its first convention in 1935 to promote the industry; since that time, the association has continued to grow to include members from more than 30 countries worldwide. For sixty years the membership was exclusively for metal decorators and in 1994 the Association voted to expand the membership to include suppliers of products, services, and equipment utilized in the metal decorating process resulting in a stronger and better informed membership.

The Art in Metal Litho 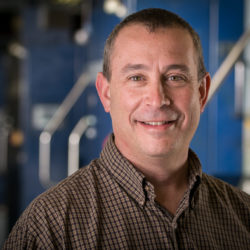 With almost 30 years of experience in Lithography, Bill Waters is a seasoned leader as Director of Lithographic Operations at Ohio Art.